Skip to main content
There once lived a great Rangatira, called Tautokomaru, in the region of Taranaki. His tale is told throughout time. He was a brave and cunning warlord, who chose to defy the colonial forces during the period of colonisation in Aotearoa. This story is a tribute to his legendary ways, and depicts his non-violent and strategic retaliations upon the colonial forces and their leadership which wronged the local people. 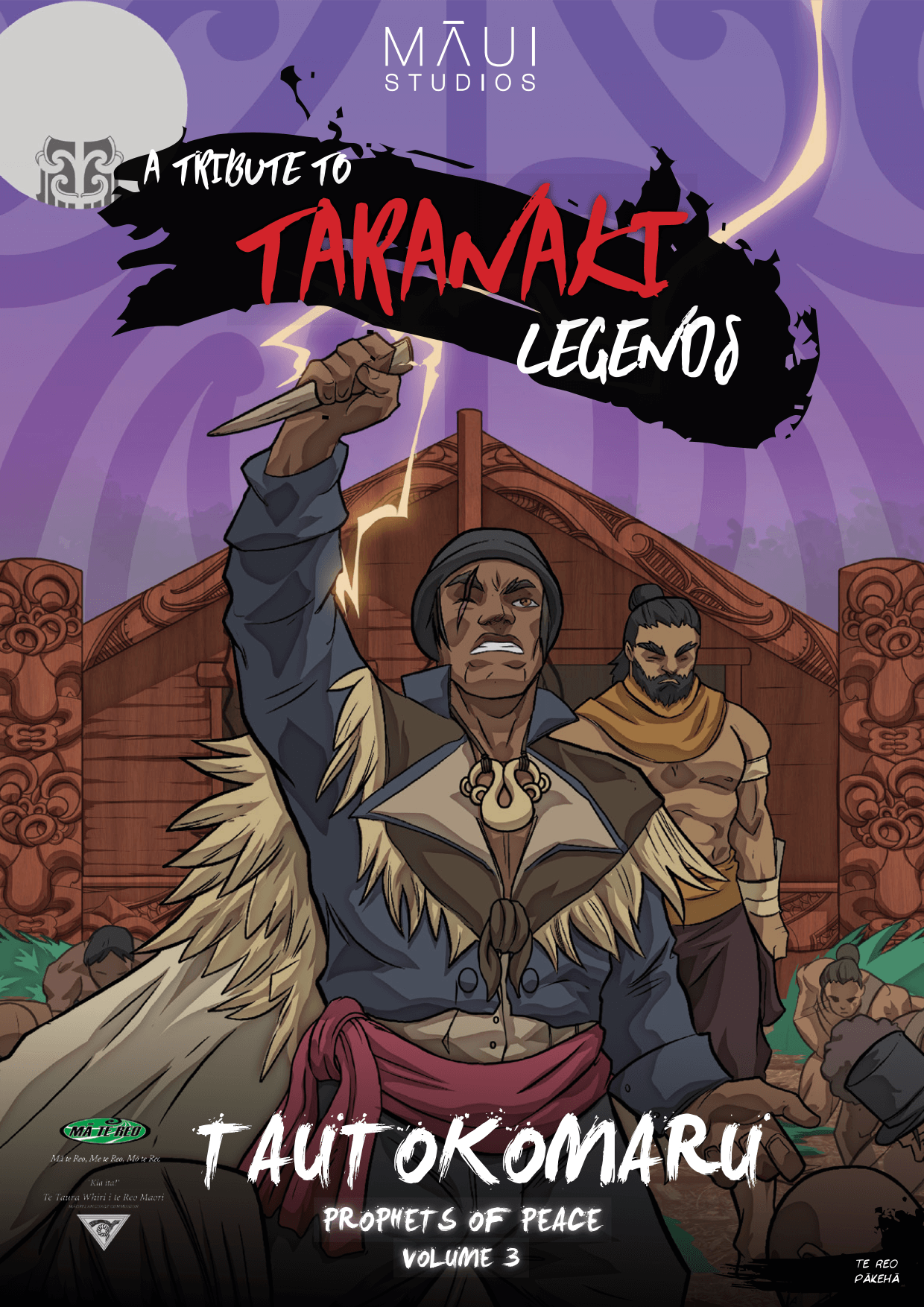